In an effort to support our front-line workers we are continuing to devote our Why I work in Healthcare column to highlighting their efforts.   As we have done in our issues since the pandemic, we honor and solute those who continue to put their lives at risk.  Here is a piece by the AARP highlighting those less seen in the nursing homes.

Portraits capture their bonds with residents, made stronger by coronavirus

While hospital workers fighting the COVID crisis have justifiably been called out for recognition, those serving on the frontline in nursing homes have remained, for the most part, in the shadows. But they, too, have put their lives at risk to protect the most vulnerable — people who often feel like family. They have become lifelines for residents and their loved ones, offering comfort and connection at a time marred by crisis, fear and death. Many nursing home workers have saved lives, refusing to leave their jobs even as their workplaces became epicenters for infection, with long-term care facilities claiming 40 percent of the country’s COVID deaths — representing more than 90,000 victims. And many workers have been infected themselves. More than half of the nation’s 15,000-plus nursing homes recently reported at least one COVID infection among staff, according to a recent AARP analysis.

The pictures below showcase those workers — and the residents who’ve called them out for their service. The video tells the story of Sofia Metovic, the director of dining services at the Selfhelp Home in Chicago. After that nursing home shut its doors to non-essential workers because of COVID-19, Metovic began running its beauty salon.  She washes and styles hair, paints nails and applies makeup, making conversation and connections at a time when many residents feel desperately isolated.

Jim Evola has lived at the Missouri Veterans Home in St. Louis for nearly four years. The 71-year-old Vietnam War vet and retired postal worker has Alzheimer’s disease and post-traumatic stress. At times, he can be a handful, says Iris, his wife of 30 years. But Dorothy Hicks, 46, a certified nursing assistant who’s worked at the veterans home for more than 12 years, looks out for him, offering Iris constant solace. “She’s just always been very attentive to him,” Iris says. “She treats the guys like family.”

Hicks surprises Evola with his favorite soda, root beer, and he responds to her voice. He doesn’t speak much, but her quips make him smile. When he first got to the home, he was combative. If she came close to change him, he’d raise his fist and warn, “You better not.” Hicks learned fast to beat him at this game, raising her own fist and uttering the same warning before he could, which made him relax and grin. When the home’s social worker sets up FaceTime calls between Evola and Iris, Hicks might dance around off camera so Iris is treated to her husband’s smile. He’s clean-shaven, well-fed and cared for, which comforts his family at a time when they can’t visit. “She gets on the level of the vets when she speaks to them,” Iris says, “and looks them in the eye.”

COVID concerns may have isolated Merna Priestley, 90, in her room, but she refuses to sit idle. And David Castillo, the activity director at Good Samaritan Society–Millard, in Omaha, Nebraska, makes sure she doesn’t have to. “She caught my eye,” says Castillo, 26, who joined the staff after coronavirus forced the nursing home into lockdown mode. “Since she is high-functioning, we wanted to make sure that we always provided more for her, to ensure that she did not get bored.”

Castillo plies Priestley, a voracious reader, with library books. She plays livestreamed bingo and has learned to enjoy music on her tablet, along with daytime TV. And through it all, she’s maintained her longtime business creating and selling yarn winter hats. She uses a circular loom and has been known to knit up to 100 hats a year.

The pandemic threatened sales, normally made from a display table in the front lobby, so Castillo shot a video he shared with families and staff. Soon, the local newspaper picked up on it, too, prompting “calls left and right about purchasing Merna’s hats,” he says.

“It keeps my hands busy,” Priestley says of her work. “I can’t just sit here and do nothing.”

This ‘Wonder Woman’ Enables His Facetime Calls, Creating a Lifeline to Family

With a broken hip and disinclined to try rehabilitation, Don Redlin, 97, landed in the Jenkins Living Center in Watertown, South Dakota, days before the COVID-19 pandemic forced the facility to lock down. His family felt shut out and anxious. The “shining light” during this time, says daughter Mary Redlin, 60, has been the center’s activities coordinator, Buffy Neuberger, who’s worked there for 43 years. The older Redlin can hardly hear, making phone calls impossible. But with Neuberger’s help, Mary and her 94-year-old mother, Virginia, FaceTime with him three times a week. When he sees his wife of 72 years, the mother of his eight children, he always says, “I wish I could kiss you.”

Early on in the pandemic, Redlin would tell his daughter, “I’ll see you in heaven.” Then, in October, he tested positive for the coronavirus and Neuberger, 61, became more of a lifeline. She updated the family while he was in quarantine, battling fatigue and a cough. She even suited up in PPE gear to keep the FaceTime routine going. “Once again,” Mary says, “Buffy is Wonder Woman!”

Neuberger keeps an eye out for Redlin and passes along simple, reassuring messages like, “I saw him in the dining room, and he waved at me,” Mary says. “He can’t hug us, he can’t touch us, he can’t kiss us. But there is this human being that is there that is consistent, who knows who he is.”

For 14 years, Rosa María Gonzalez, 66, has been a beloved certified nursing assistant (CNA) at Friendship Village in Tempe, Arizona. She works in the retirement community’s skilled nursing health care center, helping residents recently discharged from hospitals grow stronger so they can return home. It’s the sort of work that Gonzalez dreamed of doing while growing up in Mexico City, where she was able to attend grade school for only three years. “I love what I do,” she says. “I don’t think I could do anything else.”

Not even during the pandemic, which has her children pressing her to retire. She builds trust with residents and their families, never misses a detail and puts people like Dorothy Denyer, pictured here with Gonzalez, at ease. Denyer, 89, came to the center to recuperate from a respiratory infection. “My second daughter was recently in an accident, and she told me she would be praying for her, too,” Denyer said. “It feels like I’ve always known her.”

Not long before COVID struck Seattle, Washington, Alice Chu moved into the nursing home at Kin On, a long-term care provider that caters to the Asian community. Chu, 70, tripped early last year in a parking lot, hit her head and injured her spine in the fall. The accident left her a quadriplegic and turned her and her family’s world upside down.

Social worker Mabel Luke, 56, helped with Chu’s admission and transition. And in the months since, while the facility’s doors have stayed shut to outsiders during the pandemic, she hasn’t budged, offering positive energy and support not just to Chu but also to her loved ones. “Mabel essentially has been her family because we can’t go in and visit her,” says daughter Elaine Chu, 48. “She’s very special to us.”

Luke, who’s worked at Kin On for more than 28 years and can communicate in the elder Chu’s native Cantonese, checks on Elaine’s mom daily. If Chu, who uses a voice-activated Amazon Echo Dot to make and take calls from her husband and two daughters, seems to need an extra boost, she’ll email the family to suggest they be extra upbeat when they phone. She arranges family Zoom calls and helps Chu to focus on more than the accident. She might chime in from the Zoom-call sidelines and say, “Alice, don’t you want to know about your grandchildren?”

Luke makes this overwhelming chapter a bit more manageable. “Mabel is the best,” Chu says by email, through her daughter. “She helps above and beyond.”

Original article and videos can be seen at https://www.aarp.org/caregiving/stories/info-2020/nursing-home-workers-covid-heroes.html 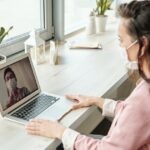 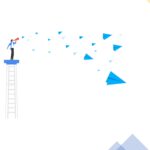