With just 4.4% of the world’s population, the U.S. accounts for nearly half of total spending on pharmaceuticals. Europe accounts for about 20%, other developed markets 11%, and emerging markets 21%. These numbers have remained relatively steady for the last five years.

In a new study of digital advertising trends in healthcare, PulsePoint concluded that the total could reach $10 billion in 2020. The number would represent a 13% increase over current spending. The report also indicated that three out of four people were most likely to engage with health advertising when it offered additional information, and another two out of three would respond to “relevant informative content.”

Since 2014, the number of physicians willing to meet with sales reps has leveled off at around 46%, down significantly from about 76% in 2008.

A recent national survey of leading health plans and other healthcare stakeholders showed that the current total of healthcare claims in the U.S. has topped $1 trillion. The survey drew from information provided by 185 healthcare leaders, 8% of whom are at the president or C-suite level, 48% VP-level or above. 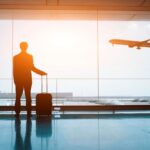 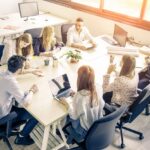