Our industry is always at a turning point—or several—but we seem to be in the midst of a watershed era right now. The last few years, and the next few, hold the promise of major changes the impact of which we won’t know for a while. Medicine, technology, how value is calculated are all on the line. The imagineers at IQVIA have put together their view through the telescope in a report called “2018 and Beyond,” and we have excerpted just a sampling here to give you some insight into what we all might anticipate around the next bend

Innovation is a key theme. Both regulators of medicines and applicants filing for approval will increasingly support clinical submissions with real-world data. A wave of cell and gene therapies is bending the definition of what constitutes a drug, both clinically, and in terms of expectations of outcomes, duration of treatment and costs. Technology itself can be a treatment, and mobile apps are newly appearing in treatment guidelines as a key feature of future care paradigms. Furthermore, mobile technology can be an enabler of telehealth communication that brings providers and patients together at substantially lower costs than traditional consultations.

In recent years, concerns about escalating medicine costs have captured significant attention. In 2018, some of the key drivers of medicine spending growth appear to be slowing spending rather than driving it upward. The causes of slowing growth are directly linked to payers’ concerns about budgets and to newly emerging mechanisms to adjudicate value and thus limit the potential for out-of-control spending growth.

Overall, this report highlights impactful areas where stakeholders are using evidence and technology to solve the problems of human health. By focusing on evidence and balancing emotional issues with facts and data, we hope these articles will offer useful input to stakeholders grappling with these critical issues.

This study was produced independently by the IQVIA Institute for Human Data Science as a public service, without industry or government funding. 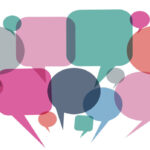 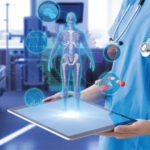