$ 70.8B Sales of in vitro diagnostics top device sector

The leading device sector for the next several years will continue to be in vitro diagnostics, with projected sales of $70.8B remain in 2022, more than 13% of the industry’s total sales. Roche is the leading company in this segment, with its 2022 test sales forecast to reach $12.8 billion.

4.5T Number of doses of medicines worldwide by 2020

The global use of medicines is expected to reach 4.5 trillion doses by 2020, costing $1.4 trillion. The largest pharmaceutical-using countries will be the pharmerging markets, accounting for two-thirds of the global medicine usage, mostly generic medicines. This dramatic uptick is largely due to broad-based health system expansions.

Source: IMS Institute for Healthcare Informatics, “Global Medicines Use in 2020: Outlook and Implications”

Nielson estimated that $5.2 billion was spent on prescription drug advertising in 2015. Even as social media reaches more people (see our last issue), the largest chunk of that amount was for television advertising. Two drugs in particular were promoted on TV the most. AbbVie spent $357 million in 2015 in TV ads for Humira, and Pfizer followed, with $328 million on commercials for Lyrica.

Source: STAT, April 2016, based on market reports from Kantar Media, Nielsen, and iSpot.tv.

Although the top molecular entities reached only $2 million in sales in 2015, they are expected to grow to over $32 million by 2020. These include Pfizer’s Ibrance, Gilead’s Genvoya, Novartis’s Entresto, Vertex’s Orkambi and Amgen’s Repatha.

Doctors are sending an increased amount of patients to hospitals. MerrittHawkins new analysis shows that a single doctor on average brings in $1.56 million in direct net inpatient and outpatient revenue to a hospital, an increase of nearly 8% from $1.45 million in 2013. 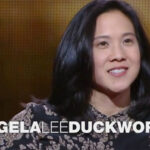