Last year showed a pattern of ups and downs for the biotech sector, but mostly up. The IPO market slowed 25% from 2014 but remained healthy with companies raising a total of $4.88B, the majority without any revenue prospects immediately on the horizon.

This is a market that is susceptible to large swings as evidenced by the 4.7% drop on September 21st which Bloomberg attributes to Hillary Clinton. When CEO Martin Shkreli created a bristle throughout the country with Turing’s increase of a Daraprim pill’s price to $750, Hillary was one of the most well-known critics in her tweet “price gouging like this in the specialty drug market is outrageous. Tomorrow I’ll lay out a plan to take it on.” It will be interesting to see what happens in 2016 as we have already seen a decline back to the mid-2014 levels.

Here’s a snapshot of where the Top 50 (based on revenue) were at year’s end. Companies are ranked by their 2015 revenue as furnished by their annual reports, earnings press releases and publicly available sources such as Edgar and Morningstar stock information websites. Figures of non-U.S. companies who did not report earnings in U.S dollars were converted to U.S. dollars based XE currency data as of 12/31/15. Companies with fiscal year end dates in 2015 that are prior to 12/31/15 have their revenue listed as 2015 revenue. Additional company specific notes for the compilation include: Actavis results were based on Activis/Allergan Reporting; Valeant Pharmaceutical revenues include 4Q unaudited results; CSL Revenues are reported in constant currency per their annual report; Horizon Pharmaceutical was merged with Hyperion Therapeutics, Ionis is the renamed Isis Pharmaceuticals.

Companies are ranked by their 2015 revenue as furnished by their annual reports and publicly available sources such as Edgar and Morningstar stock information websites. Figures of non-U.S. companies were converted to U.S. dollars from various currencies.

This issue begins HS&M’s series of Top Company Lists. The Top 50 Pharmaceutical Companies will be in the next issue, followed by the Top 50 Medical Device Companies, and culminate with the consolidated Top 100 Healthcare Companies of the year. Per your requests we are making last year’s lists available below. 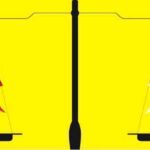 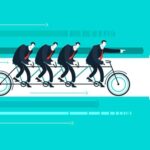